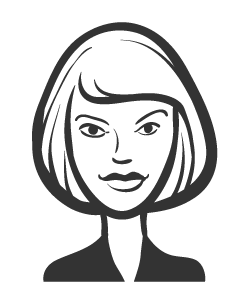 I have always had problems renovating my home, which is one of the reasons I started focusing so seriously on finding contractors. I began going through and looking for incredible places who could help with everything from replacing my carpet to taking care of finding new glass, and a few months ago, I was able to find a contractor that I felt really great about working with. They went through my home and replaced all of the auto glass, and I was really impressed with how great of a job they did for me. This blog is all about getting help with glass.

Getting Help With Glass

4 Ways To Help Your Windows Weather The Storm

With Hurricanes Irma and Jose set to bear down on the Florida coast soon, now is a good time to take stock in your home's protection against the high winds and debris impacts to come. That means finding a way to protect your windows against these and other common problems before, during and after the storm. The following offers a couple of solutions you can use right now to protect your windows against hurricane-force winds, along with a couple of other solutions that provide long-term protection for future storms.

There are plenty of reasons why plywood is a popular go-to for window protection against hurricane-force winds. Not only is it available at nearly every hardware supply store and lumber yard, but it's also the least expensive option for covering your windows. Plywood also stands up fairly well to strong wind gusts and debris impacts.

One obvious downside is that you'll have to install your plywood right as the storm approaches. This leads into another downside with plywood boards - you'll lose both light and visibility once they're installed over your windows, so you can expect to spend some time in the dark if the power goes out.

Preparing and installing plywood can also be a labor-intensive and time-consuming task, especially if you decide to measure cut and preinstall it on your own. Fortunately, the process can be sped up by preinstalling screw anchors around your window openings. You can also have a contractor prepare and install the plywood on your behalf, but you'll end up paying much more as a result.

Hurricane window film offers a couple of advantages over plywood. It's a clear plastic film, for starters, so it'll keep your home bright and you'll be able to actually see your surroundings during the storm. It's also designed to be left in place permanently, so you won't have to worry about installing anything at the last minute. Many films also offer excellent protection against UV light that would otherwise cause your upholstery and carpets to lose their color.

There are a couple of downsides to note, however. While most films are good at keeping dangerous glass shards in place, they're not as good at preventing the entire window frame from being blown out by exceptionally strong winds and repeated debris strikes. Most window films don't meet Florida Building Code requirements for hurricane zones, which means you won't qualify for a hurricane mitigation discount on your homeowner's insurance. Hurricane window films also tend to be more expensive than plywood, in most cases.

Storm windows and shutters offer a more permanent solution for safeguarding your windows against hurricanes and other severe storms. Storm windows tend to be the more aesthetically pleasing solution of the two, since there's usually minimal change in your original window's outward appearance. Made from laminated tempered glass or polycarbonate plastic, storm windows offer substantially better impact resistance than hurricane window film, but not as much protection as high-impact glass.

Storm shutters are a less expensive and sometimes more pragmatic alternative to storm windows. There are a wide variety of storm shutters to choose from, including inexpensive steel and aluminum-paneled shutters and roll-down shutters that lower automatically at the press of a button. They're usually not as aesthetically pleasing as storm windows, but they are highly effective against strong winds and debris strikes.

While most homeowners are drawn to high-impact glass thanks to its benefits, its high cost may drive some to consider less-expensive alternatives. You can expect to pay $50 per square foot or more for double-glazed high-impact glass. For more information, visit websites like http://www.ridgeglass.com.